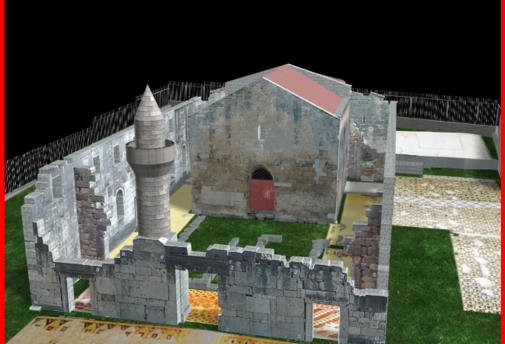 Project: Alacami, a 5th century basilica over a subterranean vaulted chamber, is the only-standing monument in the East necropolis of the Roman town Flavias or Flaviapolis. Various construction phases include additions such as a narthex and a portico to the original three aisled basilica; a small 11th-century church that uses the apse of the partly demolished basilica, a mihrab and a minaret in the 15th Century when it was converted into a mosque. In 1960s Halet Çambel together with her Karatepe team started the excavations which revealed mosaic floors and in-situ column bases besides other findings.

The aim of the conservation project is both to stabilize the monument and convert it into a museum in the future. Proposal brings various phases of interventions, research, analyses and continuous monitoring.  First phase of works—emergency stabilization and mosaic restorations—were completed in 2005. 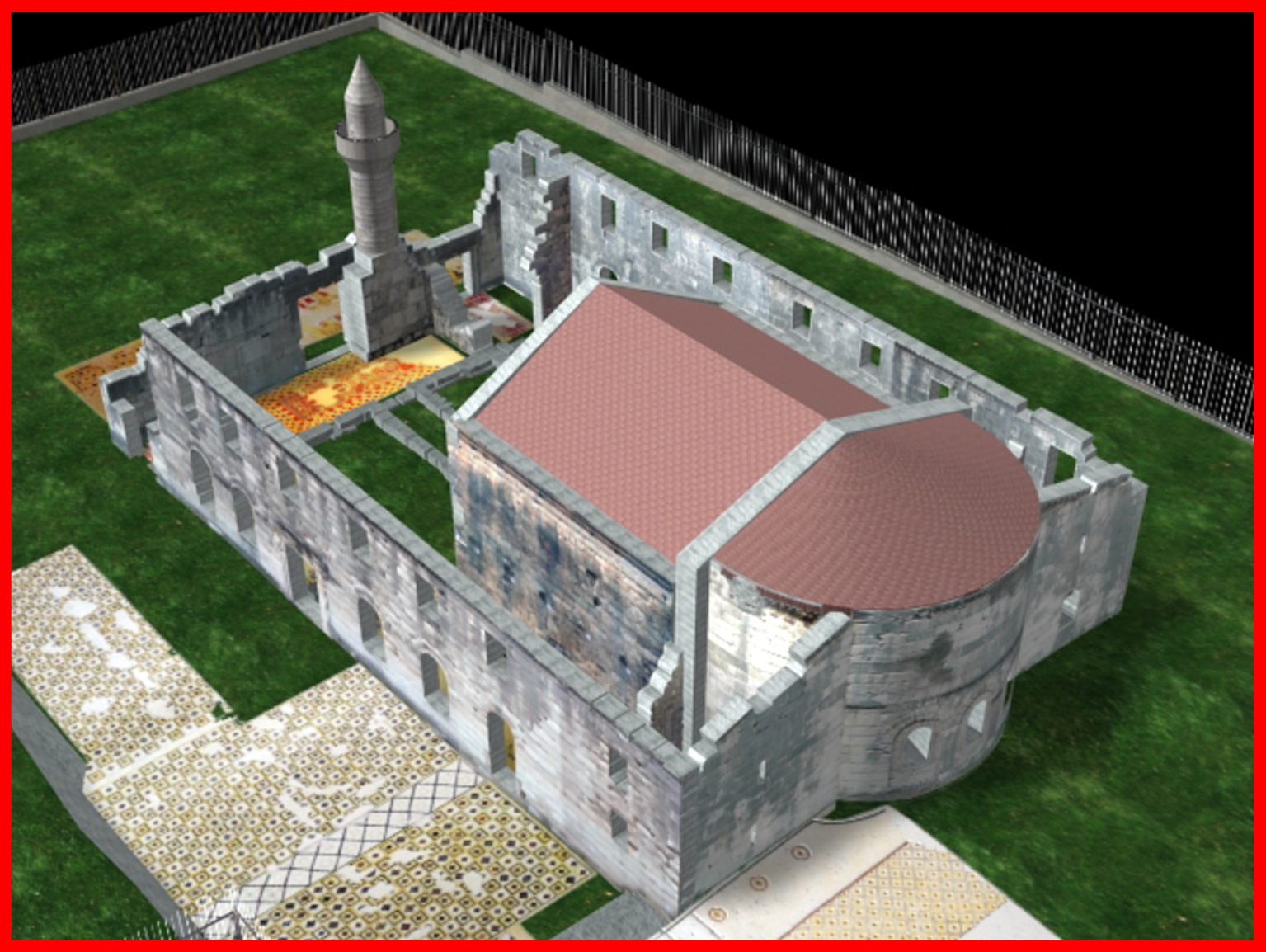 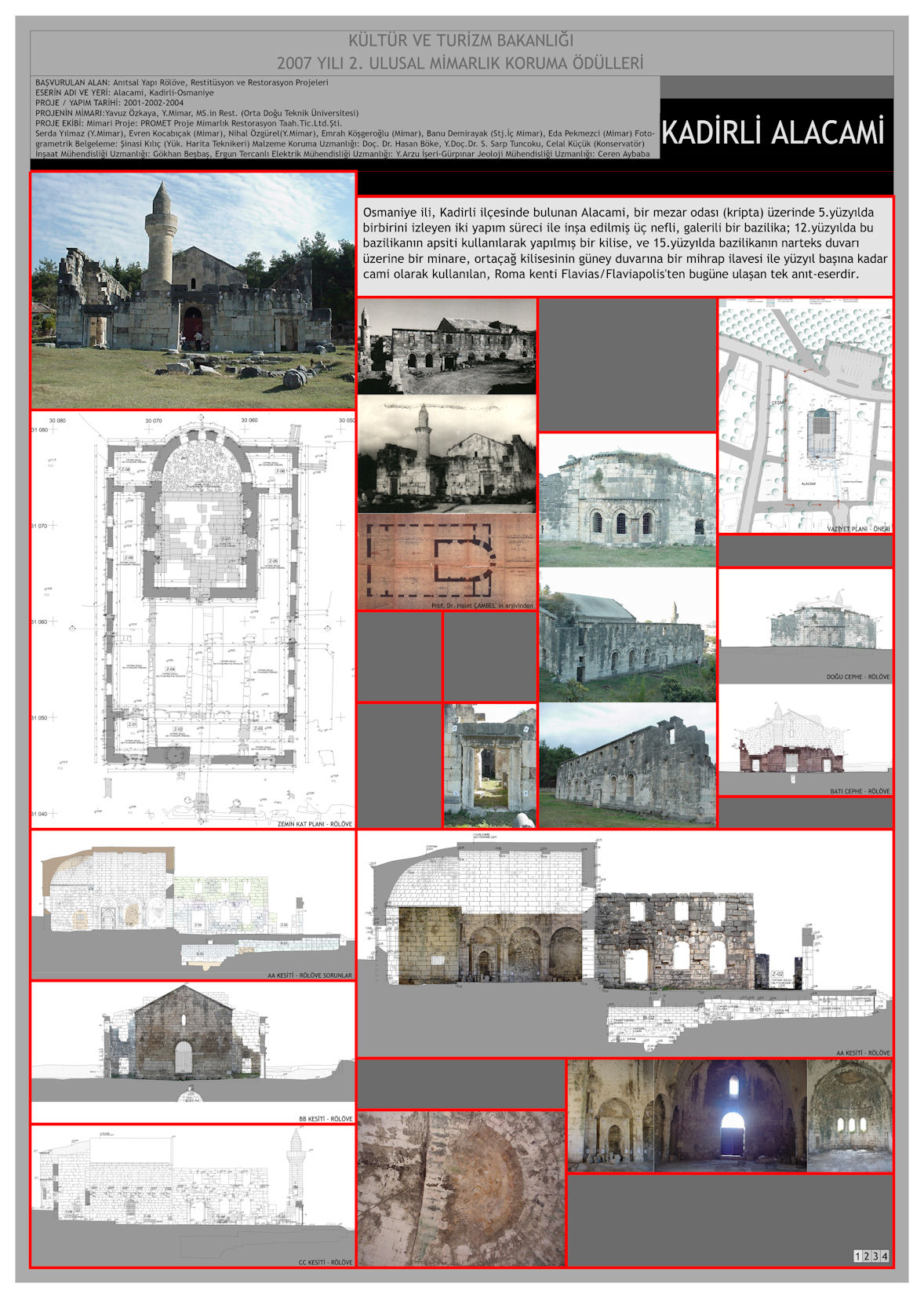 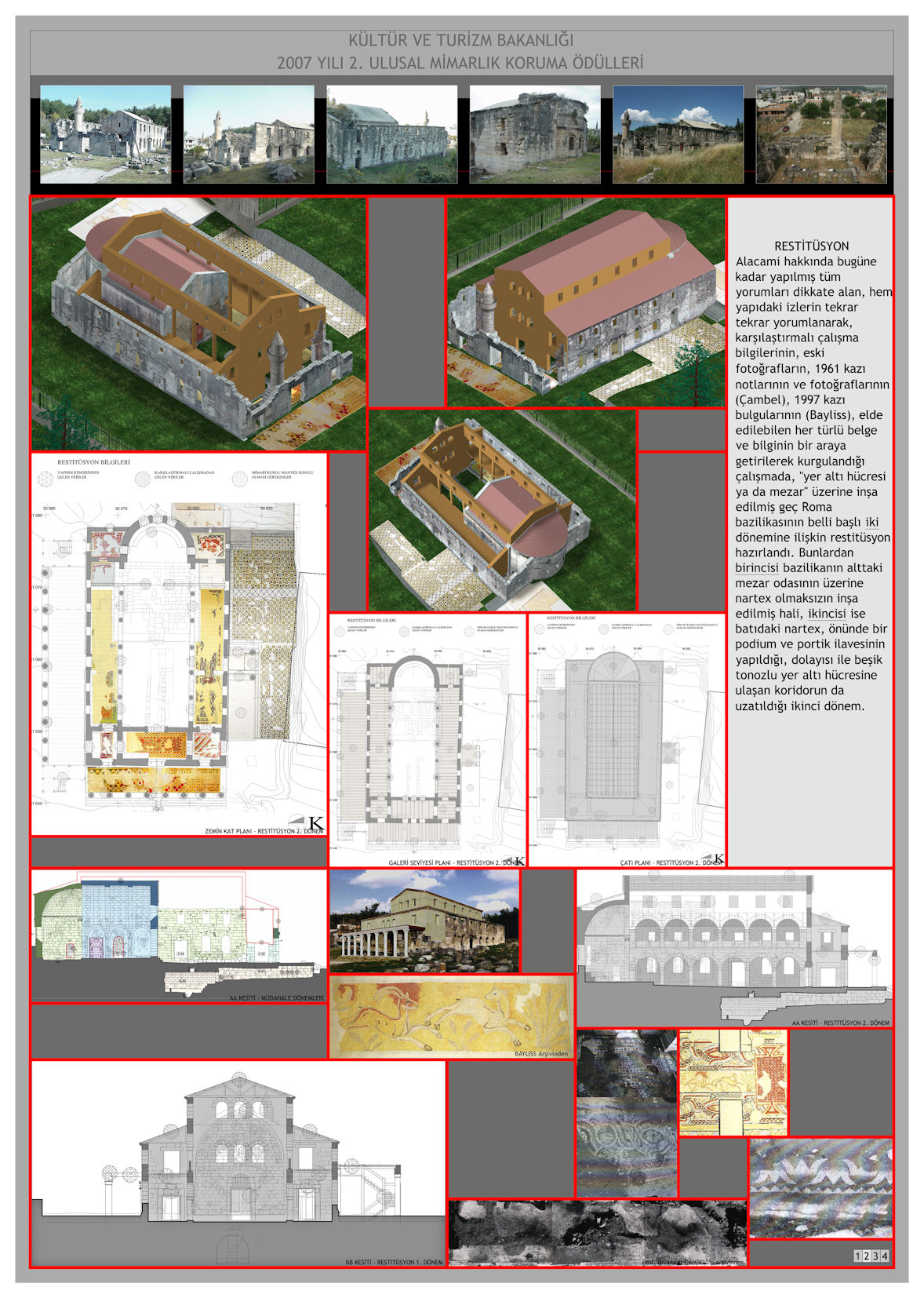 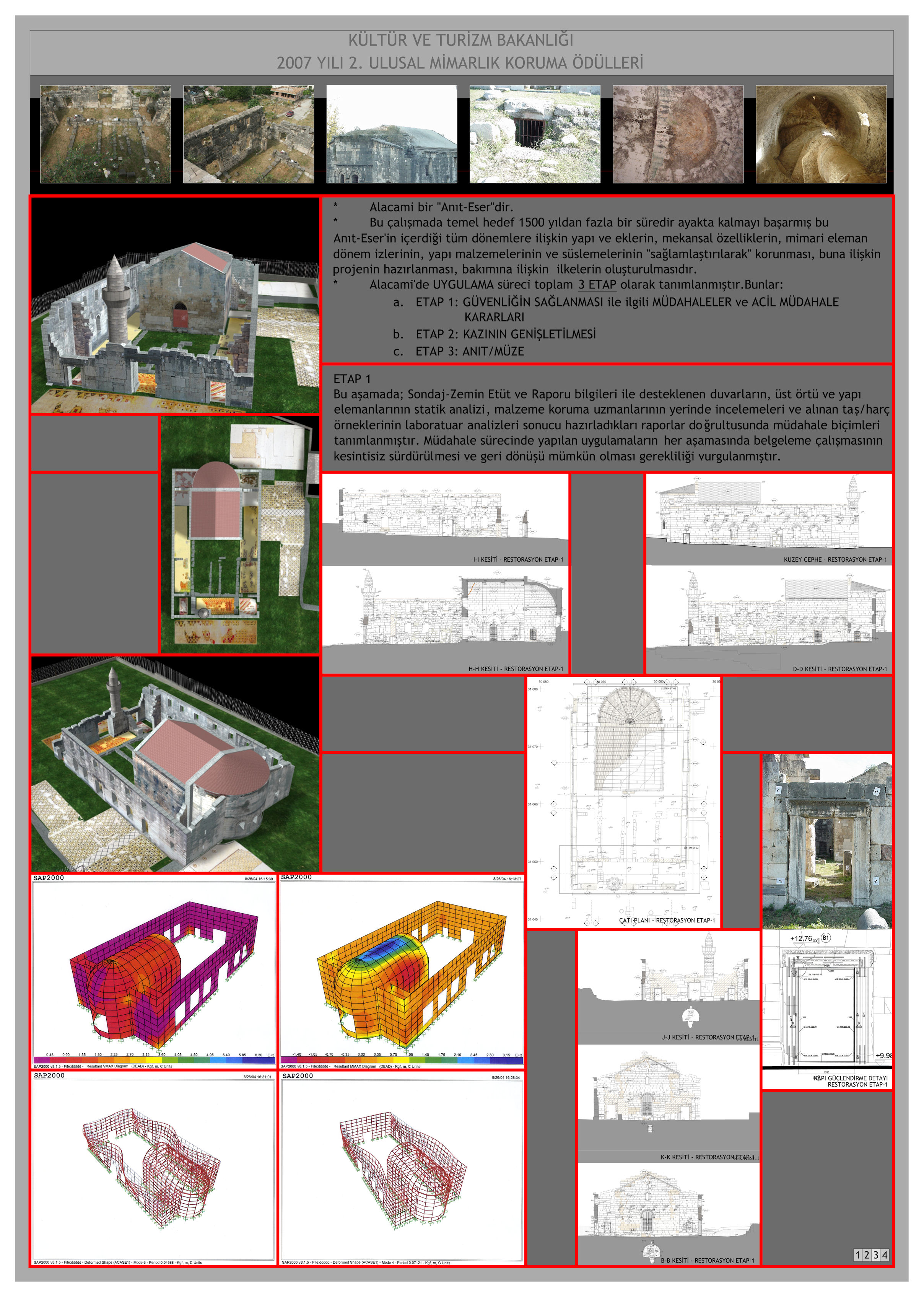 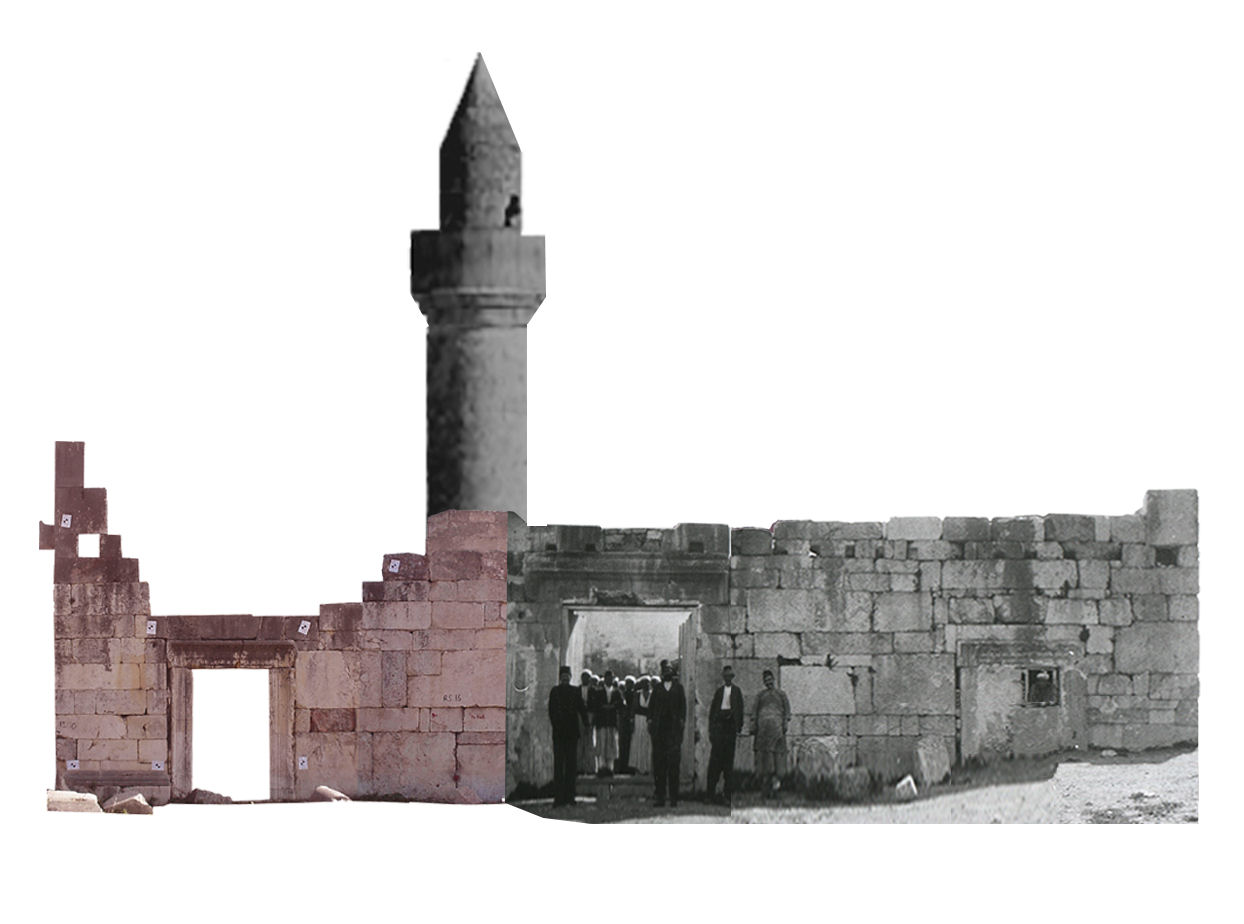