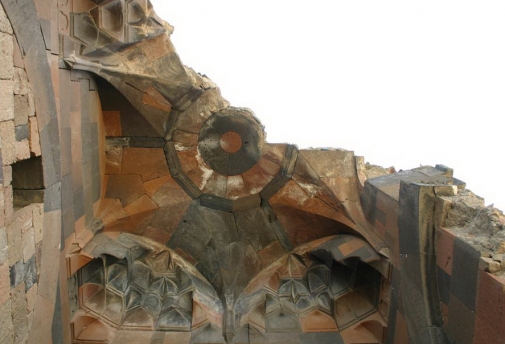 Ebul Manucheyr Mosque (with its 25 meters high octagonal minaret) is believed the first mosque in Anatolia. The structure sits on the old walls of Ashot from 10th Century. It should have been constructed, or modified sometime after Ani was conquered by Alpaslan in 1064 and handed to Ebul Manucheyr.

The aim of the conservation project is to prevent the ongoing decay; structurally stabilize & consolidate the monument besides architectural documentation, research and analyses. Our proposal brings various intervention phases besides design of temporary shelter for the exposed roofs, research and continuous monitoring.